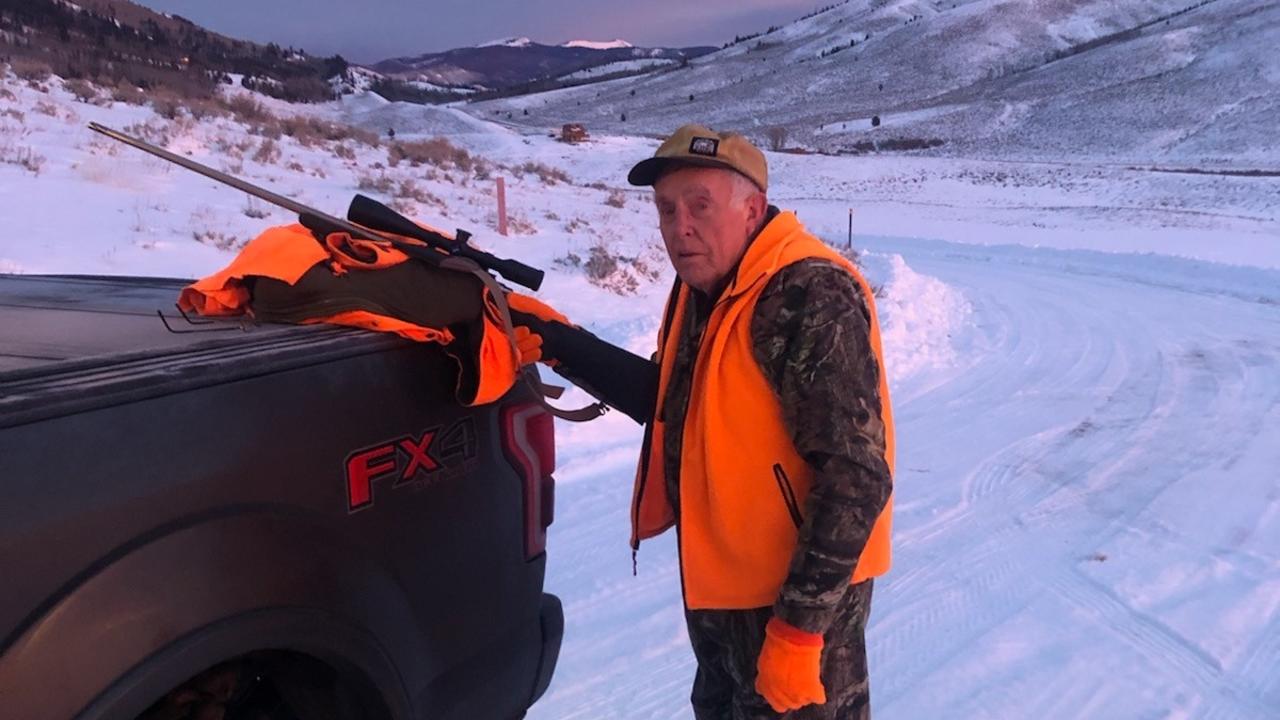 The Shot Of A Lifetime

Every day counts.  Intellectually I understand this and I’ve certainly heard it enough times.  But on this particular weekend in December 2019 it landed for me. My dad is in his 89th year of life.  For the last 10 years, the length of that life, farming for 55 years and living alone in northern Minnesota has started to catch up.  As a son, it’s painful to see the guy you know to be strong, tough, even invincible wear down.

My dad and I didn’t have a close relationship to start but as every boy does, I wanted it.  I’ve strained over the years to connect, to impress him, to show my worth. He’s been receptive but I’ve always been the one to lead.  I’m the first one to say ‘I love you’, I’m the one to give the hug.  It shouldn’t necessarily be that way, but for us it is.

His grandkids have certainly drawn him in.  Ava (12) and Owen (11) won his heart from go.  Almost more than with me. I can see the softness through the ‘tough shell’ he’s had to put on through the years.  They connect with him just by being. I’m jealous.

My way of connecting with my dad has been hunting.  Whitetails in Minnesota, Pheasants on our farm, and Mule deer and elk hunting here in Colorado.  I’ve been out here for 17 years now and have elk hunting figured out. Despite that fact, my dad has driven out 5 of those 17 years and never shot an elk; never even pulled the trigger.  Age is against him.  His left ankle is at about 35% mobility and his cataracts are back.

This year I shot two elk and while dad willingly listened to my hunting stories, I could tell he discounted the idea that he might get one this year.  After all, he’s understandably in the worst shape of his life, unable to hike a mountain at 9000 feet and frankly, running out of years.

This year we had a small window near Christmas to make one last hunting trip happen.  Unfortunately, I was sick. Sick enough for my pops to suggest we skip the trip. I appreciated the deference, but I couldn’t stand him losing potentially his last chance.  So I sucked down the Theraflu and we headed west. We stayed in Winter Park, Colorado and after crawling to bed at 7pm, woke up at 5:30am to get to Granby by sun-up.

I have a little honey pot of an elk hunting spot there.  However the elk have been vacationing elsewhere the last few times I’ve visited. This morning was more of the same…or at least I thought.  I parked my truck and glassed the meadow and promising hillsides. But as the sun crept up, there was nothing there.

I headed back to the truck with my dad’s eyes locked on to me, looking for a positive sign.  I didn’t have one to give. As I reached for the truck handle, I paused and gave it one more glance before jumping in and heading to breakfast.  I don’t know how I missed them or where they were hiding, but 30 elk appeared on the hill a half mile from where we were parked. How exactly dozens of 500 pound animals can magically appear is beyond my hunting wisdom.

I jumped in the truck, flashed a quick smile at dad and hammered the gas.  We had a road in front of us that just might get us in range and eliminate his need to walk through ankle-breaking sagebrush.  With one switchback left, I stopped the truck fearing if we went closer they’d run away. I loaded the gun for my dad, put a coat down on the back of the truck and told him to steady himself and shoot when ready.  My laser range finder told me he had a 356 yard shot.

For the non-hunters still reading this, that’s a shot most people wouldn’t take.  It’s REALLY long.  Like a sniper, he took a couple big breaths, almost knowing he’d only have one shot and pulled the trigger.

I was not ready and about fell off the embankment I had wrangled the truck on to.  In a millisecond the animal was down. It didn't suffer. My dad shot it right in the head from 1000 feet.  Unreal.

The elk meat is valuable and we eat every ounce…but the pride my dad felt about getting his first animal at his age priceless.  He was beaming and I was stunned.

In my experience, every son wants to prove their worth to their dad. So do I. I want to hear he's proud of me; that I am good enough and worth the his attention. Dad did the shooting and hunting here but the weight of this entire event was squarely on my shoulders and I felt it in my gut.

In some unspoken way, he was proud of me. He knew at his age, this wasn't going to happen unless I wanted it as much as him. I received something so valuable out of it...a memory that I'll tell another 50 years to another generation or two. A chance to make my dad look good and feel successful and young at point when youth has left his body decades ago.

In our relationship, we don't openly talk about it but both of us were excited and tender that day.