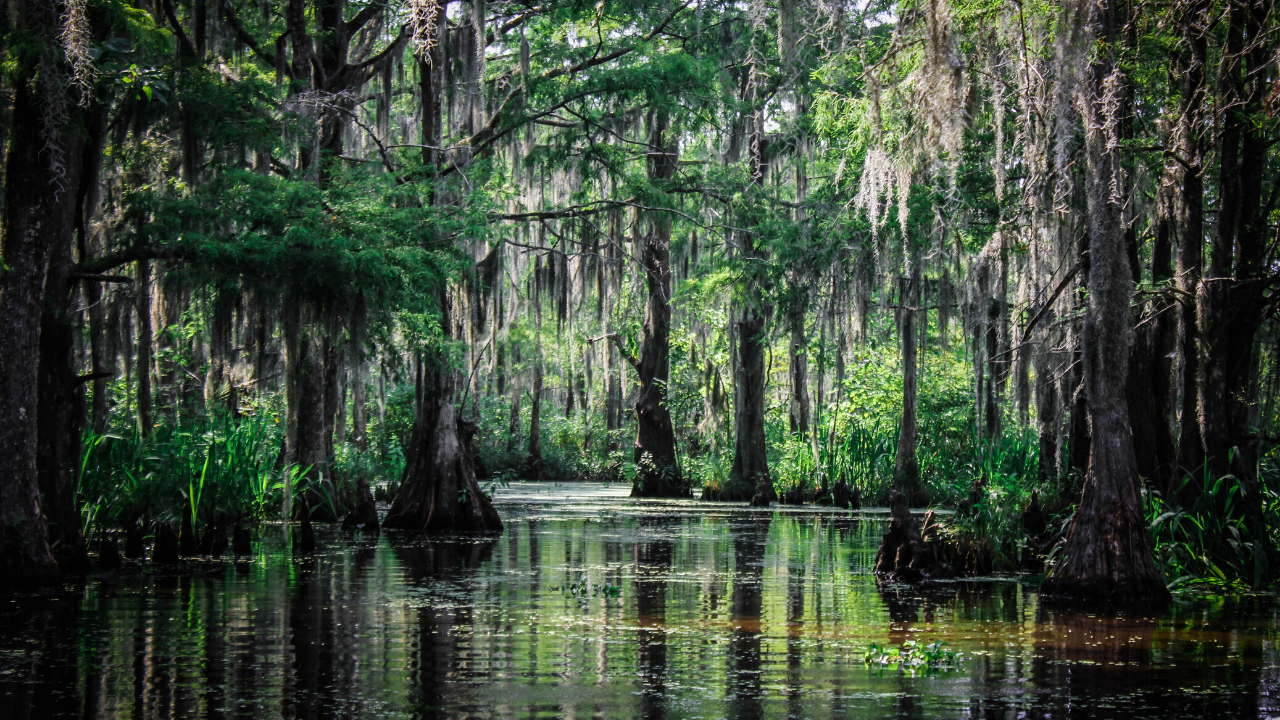 Lost In A Swamp

After we delivered our youngest to college, my wife and I decided it would be a good idea to get a puppy. We had a couple dogs as part of our family over the years, and in the moment it seemed like a good idea. So a beautiful golden retriever was welcomed into our home as an 8-week old. I began to wonder, would she become a good hiking buddy for me someday?

Several months later, I decided to put that curiosity to the test. After a little research, I found a state wildlife refuge about 20 minutes from home. The online map of the refuge showed a few trails, and I was successful in selling my wife on the idea of the two of us taking our puppy for her first hike.

We turned off the paved 2-lane road onto a dirt and gravel road meandering under an overhead power line. It led us another ½ mile to a sign indicating the entrance to the wildlife refuge. We parked, leashed up the dog, and spent a few minutes orienting ourselves to the map integrated into the welcome sign. There were not many trails and the navigation through the refuge looked pretty straightforward. Behind us to the south was the trailhead into the woods.

Florida is basically an oversized sandbar. We lived about 30 miles inland from the Atlantic coast and we were barely above 50 feet elevation. The wildlife refuge was located about halfway between our home and the beach.

Within 100 yards of entering the trail we were enveloped by a canopy of pines and palms overhead, with scrubs and palmettos at our feet. The trail was generally dry, but we were often navigating through marshes and across small flows of water. Our dog did not stay dry for long. Neither did our feet. Overhead, the canopy of trees allowed filtered light to struggle through but we could not see the sun. There was peacefulness to the setting, and we enjoyed the hike once we became more familiar with our surroundings. So I led on and we kept walking.

After maybe 30 minutes, my wife asked me if I knew where we were. Sure. We just needed to keep going. A few minutes later, the trail became more challenging to navigate. We found our footing precariously close to a creek and I became a little concerned about potential predators, venomous snakes and alligators. But I was confident we were still heading the right direction. The trail was bound to make a turn in the next few hundred yards. Until it didn’t.

Are you sure we’re not lost? She asked, obviously concerned but trying hard not to threaten my manhood. I pulled my phone out of my pocket. Back where we parked the car I recognized we had no cell signal. I didn’t know whether the compass app would work without signal. And I didn’t bring a compass. This was such a simple hike. I was pretty confident we were moving in a southerly direction. When I looked at the compass on the phone, the exact opposite was true. We were heading north! I had become completely disoriented and it became obvious continuing to just move forward was not the right choice.

When we turned around and began surveying the landscape, the trail we had been looking for was less than 50 yards away. We cut through the scrub and wet grasses and began heading the right direction. Before long, we were back to our car. As an adult, it was the first time I had ever fully felt lost and disoriented on a trail. Being a first born growing up in a significantly dysfunctional family, there was an expectation placed on me to be the example, to get it right. That expectation has had a stickiness in my mind and soul these past five decades. Even though I have done much work in redeeming my story over the past twenty years, the disorientation was a trigger that I didn’t “get it right” at that moment.

Looking back over my life as a husband, father and friend, I recognize I have made too many decisions disoriented. Moving forward has too often taken precedence over taking time to assess reality. How many times has my conditioned need to get it right hindered relationships in my life?

We really do need each other to stay oriented. I need to choose to make a little more margin to reflect. And I need to be more attentive to the voices of others. Moving forward is not always the best choice.