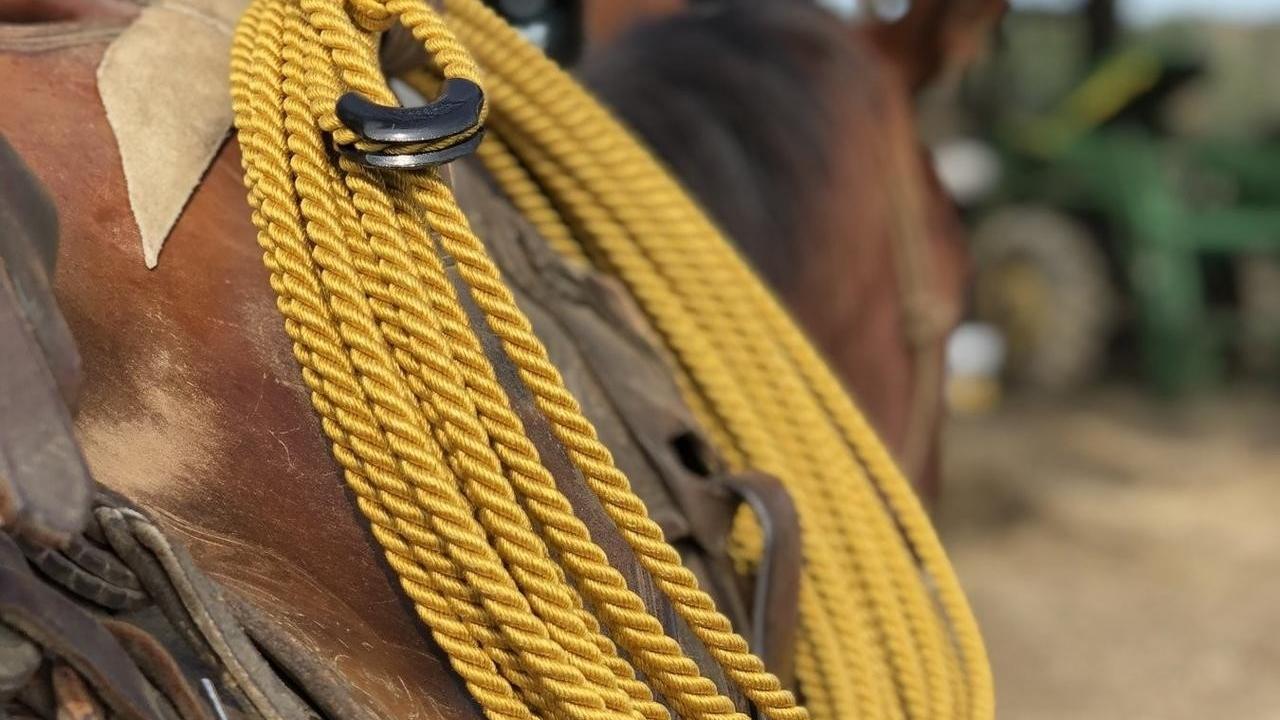 What Roping Taught Me About Fatherhood

A few weeks ago I attended a ranch roping clinic. No, this was not a physical store that fixed miscellaneous ropes and twine, it was a three day event at the fairgrounds in Thermopolis, Wyoming where you learned how to improve your horsemanship and your ability to rope cattle. I attended it with my brother and was equal parts giddy and chew-my-cheek nervous at the opportunity to learn and practice this newfound hobby of mine.

The clinic was taught by Dave and Gwynn Weaver - a married couple in their early 60’s who have spent their entire life cowboying. Dave was short and skinny, wore pearl snap shirts with the top button buttoned, and had a waxed mustache that extended below his jawline. Gwynn wore her hair in a long graying braid and had crows feet wrinkles around her eyes that were borne from a face that was just as quick to smile as it was to work long days in the sun.

There were 12 participants in the clinic. We nervously warmed our horses up on the first morning until Dave and Gwynn asked us to circle up in the middle of the arena. They introduced themselves and gave a brief overview of the clinic’s structure and what we could expect. The style of roping they were teaching is different than team roping that’s based entirely on time. Ranch roping is slower paced and values keeping the cattle as calm as possible, and thus requires a specific kind of ropes and saddles to facilitate this “slow and steady” approach.

I would have been less nervous if he said we were receiving sports physicals.

My anxiety turned into awe when after looking at the first participant for 10 seconds he asked if he had major surgery on his left leg.

“Yes, I shattered my ankle 10 years ago,” the participant answered, wondering if the instructors moonlighted as psychics when they weren't punching cows.

“I thought so after looking at the length of your stirrups.” Dave replied with no ounce of pride.

I shot a glance at my brother - Who is able to know that?? - only someone who has done it for years and committed themselves to learning the nuance borne from keen observation.

The next three days were filled to the brim:

I was grateful to learn from people who were not only experts in their field, but were skilled teachers.

I marveled at watching Dave rope. He threw hundreds of shots over that three days. And only missed once. But he was most excited when one of the participants would make an improvement - his voice would animate, the pace of his words would quicken, and the word ‘really’ was extended into three syllables so he could emphasize his excitement.

I learned all sorts of practical tips - how to adjust the angle of my arm for a certain shot, when to power up my swing, how to “lead” the cattle with my loop so I didn’t throw behind them, and hundreds of other things I’m afraid I’ve already forgotten.

But the most significant takeaway was a parallel between horsemanship and fathering.

At the end of the second day they spoke about the necessity of building confidence in our horses. It’s hard to overstate how unnatural it is for us to ask our horses to let us climb on their back and rope a 1,000 pound live animal and be tied to it with 60 feet of rope. The only way it doesn’t turn into a train wreck of stressed livestock and injured people is to have trust be the foundation of the relationship with your horse.

“But here’s the thing, David said, “You have a 'relational bank account' with your horse. You can withdraw any amount at any time. But you can only make deposits of $1.00. There are no shortcuts to trust. It’s only built through a series of small intentional decisions.”

He might as well have been talking about fathering.

I like the idea of massive deposits into my kids that are the result of a huge trip. Landmark experiences have their place for sure. But too often I overlook the invitation to play toy cars with my son on a Tuesday evening, thinking there are bigger deposits I can make later on.

Where have you embraced the mundane but meaningful $1.00 deposit into your children?