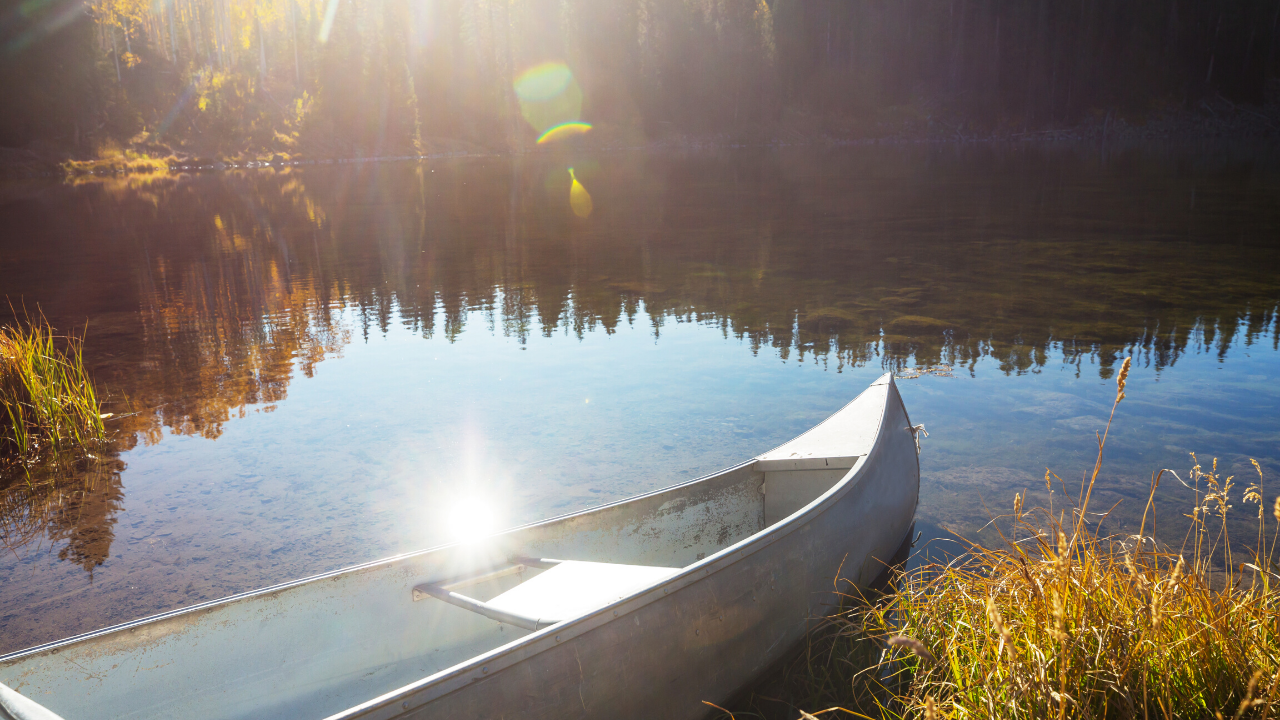 Fifty dollars was a steal for our neighbor’s 17 foot aluminum Grumman canoe. Long scratches lined its left side, but that only added to its mystique as the worthy and first family vessel. My wife and I strapped it to the top of our car and visions of grandiose family adventures swirled in my mind. Stunning landscapes would be enjoyed, new skills would be acquired, and I would be in the trusty guide in the back of the canoe offering deft navigation and life changing memories.

Make no mistake I’m a total canoe novice. I’m basically the canoe equivalent of a 15 year old who just received his driving permit. Nonetheless, attending the Restoration Project Back Country Canoe trip the past two years has fostered an enjoyment and appreciation of the activity. River canoeing feels like a cross between hiking’s simplicity and boating’s adrenaline, but without blisters and finicky engines that won’t start.

Inexperience aside, our family decided to capitalize on the growing excitement surrounding our new purchase and try it out a couple days later. What better spot for a maiden voyage than a picturesque mountain lake at 8,000 feet of elevation? Cinnamon colored rock surrounded one side of the lake. A few fisherman quietly stood at its edges. The only traffic on the lake were ambitious trout circling the lake. The stage could not have been better.

I jumped in the back of the canoe while my wife sat up front. Our two girls sat in the middle with eyes fixed ahead, unable to turn their heads more than a few degrees due to their massive orange life vests. After a modest circle we pulled back up to shore and I waited for effusive praise to come from my daughters. Instead they got out of the canoe with a furrowed brow - still trying to decide whether the canoe was missing its batteries or if their dad actually enjoyed this new contraption that couldn’t travel in a straight line and wobbled like a two legged stool.

The girls hopped out and my wife and I decided to continue exploring just the two of us. As we paddled I imagined Bernie - my canoe censae -  observing my solid J-stroke and timely use of the side-draw. I smiled, thinking how proud he'd be of my substantial progress made in two short years since he originally taught me. I also gave myself an internal high five for being a thoughtful husband and not nitpicking or micromanaging my wife’s technique.

Did you know that Colorado has a lesser known relative of the Lochness monster? Surprising, I know, but true. I can attest to it because this elusive beast rose from the depths of the lake and swiped our canoe with its scaly tail causing us to flip our trusty new canoe. Well, my pride wishes that was the case.

In reality my wife and I each leaned to the left and our trusty vessel flipped like a quarter into water that 20 days ago was snow at the base of the Rockies. I popped my head out of the lake to the sound of my wife’s laughter. Every three seconds her laughing would be interrupted by a high pitched shriek of disbelief that the water could be that cold.

“Are you guys ok?” Shouted a concerned bystander onshore, certain my wife’s screams and our palpable canoeing incompetency were sure signs that we’d soon be drowning.

“No, we’re fine.” I managed to shout through humble pie that tasted like the last bite of cauliflower your mom forced you to eat when you were seven.

My wife continued to laugh. I grabbed the rope and began swimming the canoe to shore. Thank goodness we didn’t attempt to get back in the boat. My ego would never have recovered from such a traumatic dismantling.

I was embarrassed and humbled. My ineptitude was on full display. My ballooning self image popped. And it wasn’t until then that I began to enjoy the beauty around me…

My wife’s playful laugh.
The lake’s transparent emerald water.
The fun of learning and failing at something.

The glint in my children’s eyes when we reached shore and they asked us what happened.

It was only through being humbled that I was freed up to notice and wonder at the Goodness around me that I was too preoccupied to see earlier. Maybe wonder is the delightful and mischievous old woman who is only met by walking through humility’s unmarked yard.

When were you last humbled?